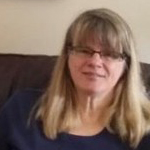 Dr. St-Jean has over 20 years’ of experience in the mining space, with a focus on water management. Sylvie started her career as a research scientist for the Government of Canada, where she was involved in developing an alternative to the fish survey for the Canadian Metal Mining Environmental Effect Monitoring (EEM) Program.  She served as a Member of the Canadian National EEM Science Committee, the EEM National Committee and on the Board of Directors of National Nearshore Monitoring Committee.  During her tenure at the government Sylvie received the Young Canadian Scientist Award.  Dr St-Jean then joined industry and has over 10 years’s operational experience at various site.  Except for the three years she spent as the Canadian and USA Compliance Manager in the energy sector, Sylvie has worked as the onsite environmental manager for mines such as Teck Coal, Ambatovy (Africa) and now New Gold Rainy River.   Amongst her achievements, she led the first mine to obtain an environmental certificate for an open pit mine situated in a world hot spot for biodiversity under the rigorous IFC 2012 standards.  This work won her company the NedBank Capital Sustainability Business Award (2014) and the Syncrude Award for Excellence in Sustainable Development (2015).  She was also instrumental in developing plans to save two species in danger of extinction; successfully re-introduced threatened frogs.  She also developed a plan to replant 5,000 Ha of primary forest and protect 18,000 Ha of primary forest.  Since her return to Canada, Sylvie has initiated a re-design of the water management plan for RRM that will allow the mine to be resilient with regards to climate change.

Water management at the Rainy River Mine: going from drought to flood in weeks 11:35 am